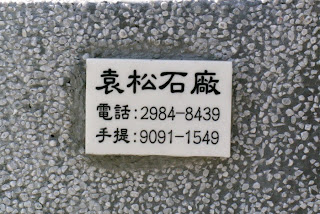 If you're going to spend all that money building a fancy grave, might as well make some profit out of it. That's the Hong Kong way.
All contents © Larry Feign Posted on Tuesday, December 08, 2009