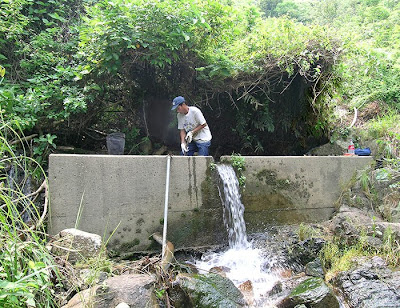 I spat out bits of spiderweb all the way home.
All contents © Larry Feign Posted on Friday, August 06, 2010 7 comments: