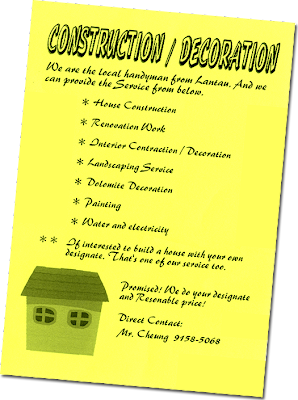 Maybe Mr. Cheung just thinks that no Chinese would hire him, either because they have a cousin/in-law in the business or, more likely, he knows that no self-respecting Hong Kong Chinese would squander money on renovation that could be better spent on speculation in futures derivatives. For now, for the sake of diversity in one sleepy little village, I hope that's the message of the yellow funny-English flyer.
All contents © Larry Feign Posted on Thursday, January 28, 2010 4 comments: 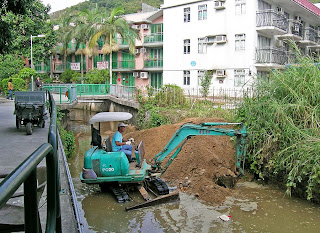 A government project that makes sense and a blue sky. What an uncommon day it has been.
All contents © Larry Feign Posted on Monday, January 04, 2010 1 comment: