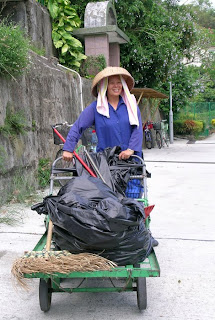 When's the last time you had a chat about peonies and zinnias with your garbage collector?
All contents © Larry Feign Posted on Sunday, September 27, 2009